Our sweet Elijah turned 8 months last Wednesday.  It’s funny how some days just seem to drag on but 8 months have flown by in a blink. This past month, Eli’s crawl has evolved into an even faster crawl and he is now pulling up on everything.  He is trying his best to catch up with big brother.  And he absolutely loves it when Josiah pays him attention…and he especially loves it when Josiah allows him to play with him…or destroy the house. 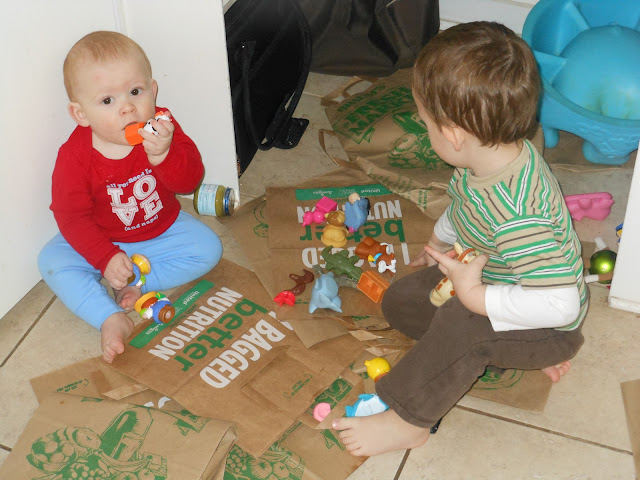 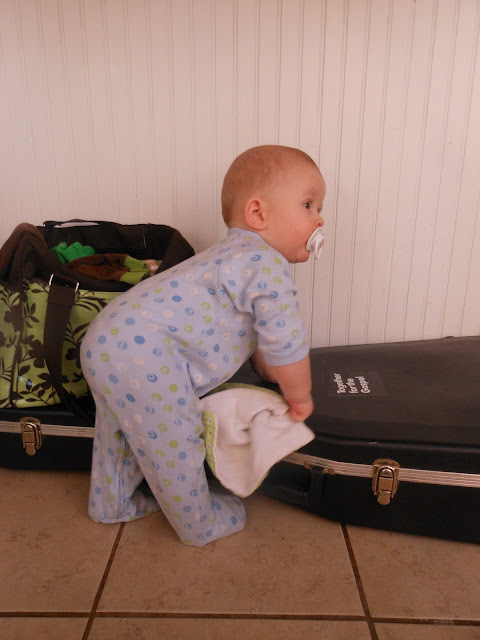 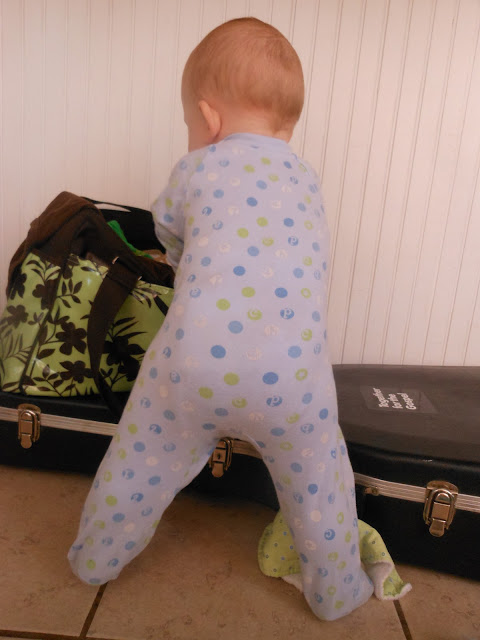 Did I mention that Eli has become a HUGE mama’s boy?  He wants to be where I am at just about all times and he wants my attention at all times.  It’s incredibly hard to get anything accomplished but also pretty sweet because I know that this will not always be the case. 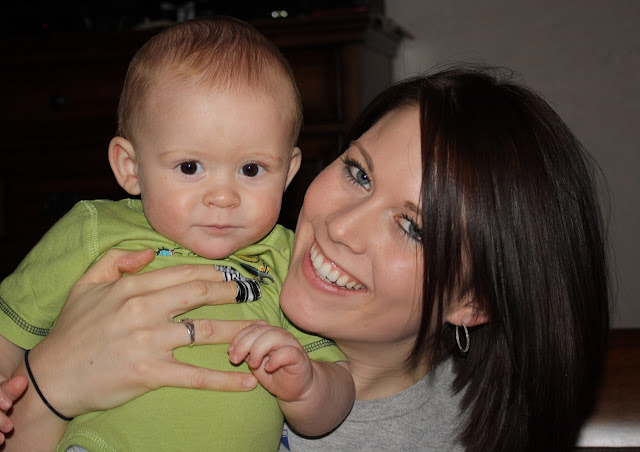 Oh, and for some reason, Eli has stopped sleeping through the night. (insert a very sad face) At first, I thought it was because he wasn’t getting enough solid food during the day so I increased his intake….didn’t work.  Then I thought that maybe he was teething…no new teeth. I’ve brainstormed and done a ton of research and I'm beginning to think that he may have a milk allergy like big brother because "night waking" is one of the symptoms along with a few other syptoms that are starting to pop up.  Plus, Eli started sleeping through the night at 5 months.  Shortly after that, he weaned himself from breastfeeding...wanted nothing to do with it.  So we put him on a milk based formula and that is when he started waking up several times at night. It's been hard and it has taken me three months to try and figure it all out and I'm still not sure if that is it.   The only way to find out is to change his diet so that is what I am going to do.  I'll post updates.
On a brighter note, Eli has also turned into a little chatter box. He even mimics sounds that we make.  I’m pretty impressed…he might just start talking before Josiah…maybe just maybe that would give Josiah the motivation that he needs.  Who knows…
Here’s some other stuff about our little man:
He loves saltine crackers…and sweet peas...and applesauce.
He has leveled off a bit at about 21 lbs.
He is in a size 4 diaper.
His hair is starting to turn auburn.
He loves bath time.
He will only sit in his exersaucer when he is outside.
He is starting to really like Veggie Tales.
And he is just one happy little guy (when mommy's close anyway)... 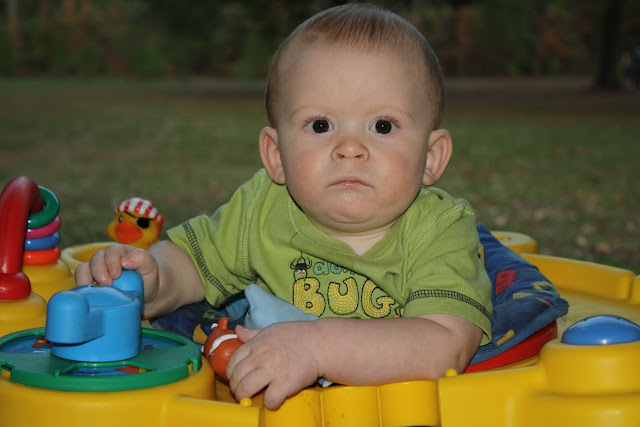