I can't believe that my little E-ster will be a big one year old in just one short month! This blows my mind. Watching your children grow is such a huge reminder of how fast life passes by...that is one reason why I like to document as much of their lives as possible.  It's only a matter of time and they will no longer be under mine and Jordan's wings.  It's going to be a wonderful gift to be able to share these blogs with them one day, but it will also be a gift to me and Jordan to be able to read them and watch all the videos and look back at all the pictures.

So....with that said...here is what Elijah has been up to this past month....

On February 13th, he officially started walking! He had been taking steps by himself for weeks but on this particular day something clicked with him and he just took off....and hasn't stopped since!

He is sleeping so much better now too...He goes down between 8 and 9 and wakes up for a bottle at about 5 and dozes back off til 7:30.  I never thought we would get to this point. Eli has taught me this about babies: Sometimes, no matter what you do, they won't do what you want them to do...and no number of books that you read, planning or scheduling will change that for some babies. That's just how it is!

Eli has turned into a cute little red head...I don't know if it's going to stay but I think it's pretty darn cute.

He also talks a lot! He is saying things that sound like....momma....da-da...bubba...buh-bye...and hey (he says "hey" really loud) He also puts Jordan's cell phone up to his ear and it almost sounds like he is saying "hello"....

Eli also has the shrillest scream that I have ever heard...and he's very dramatic.

Did I mention that he eats a lot? Anything and everything! I've definitely caught him digging food out of the trash can a few times...ewwww, I know!

Here's some pics of my sweet 11 month old in action today (it was warm so they got to strip down and play outside!): 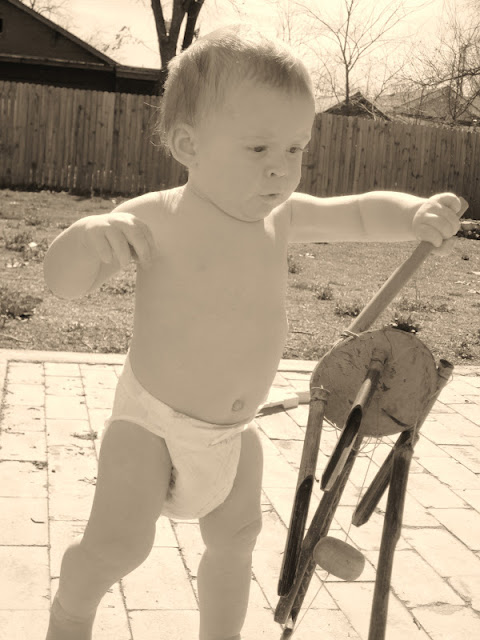 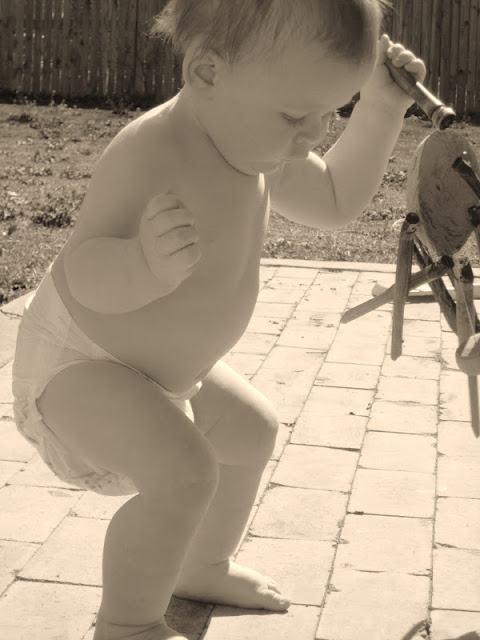 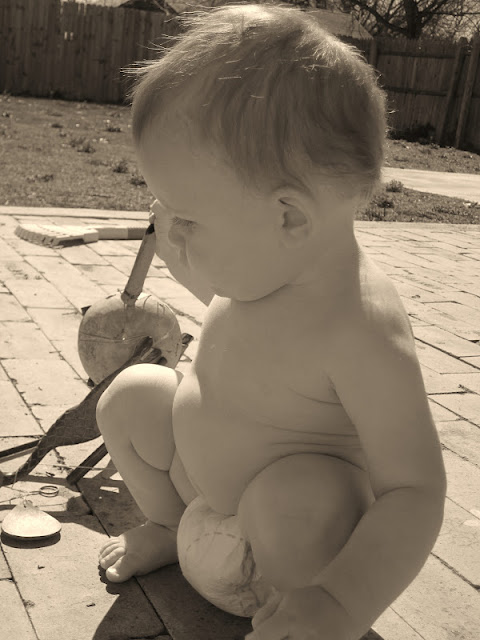 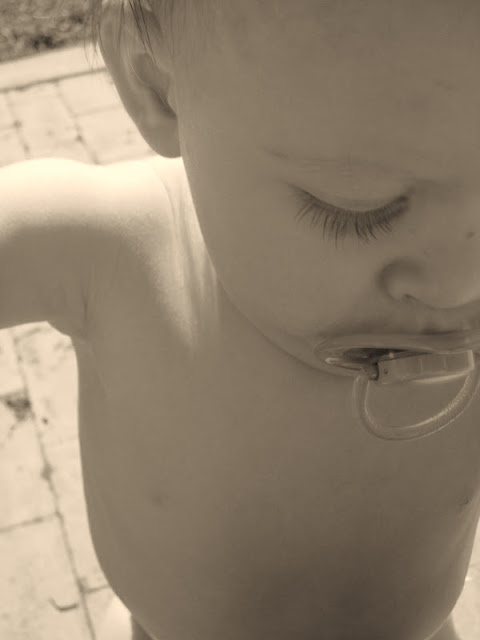 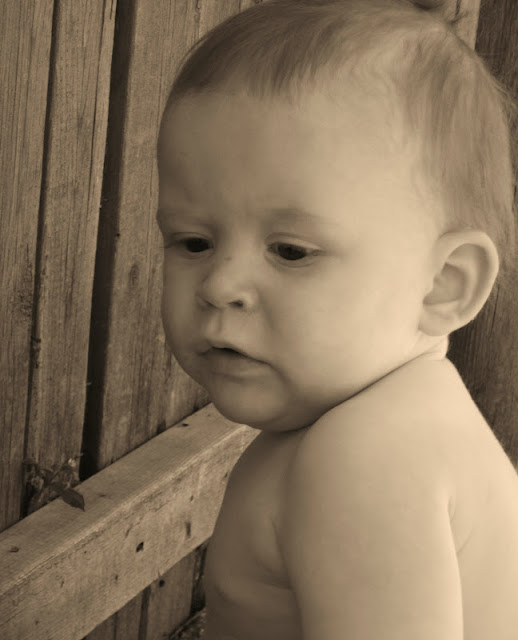