Josiah has always loved his paci. If the house was on fire, he would run back in to save his paci.  Or should I say pacies. He has about 5 of them floating around the house that he changes out throughout the day. 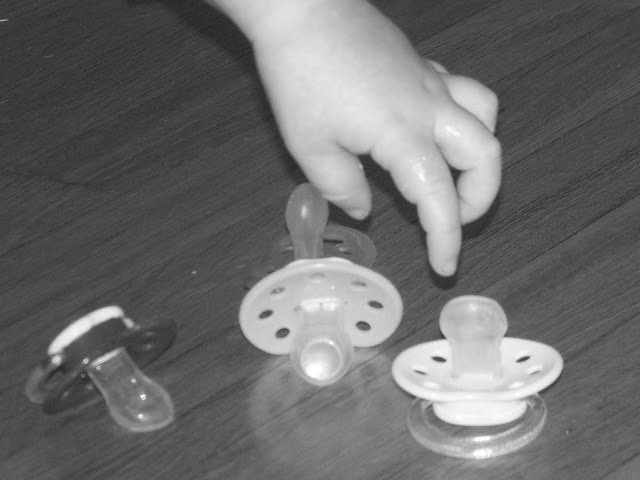 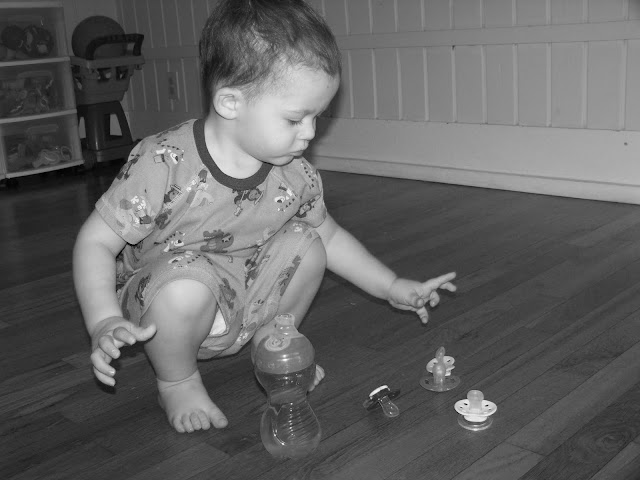 Before Eli got here, we were starting to wean Josiah from the paci and we would only give it to him when he took his nap and at night.  Word of advice: Do not take a baby's best friend away when he is about to get a new brother! It's just too much change all at once.  After Eli came along, Josiah would whine and whine for his paci during the day.  We caved and let him have it.  The funny thing is, when we give it to him, it is only in his mouth for about one minute before he spits it out.  He really just likes having it near and knowing it is within reach for whenever he wants it. 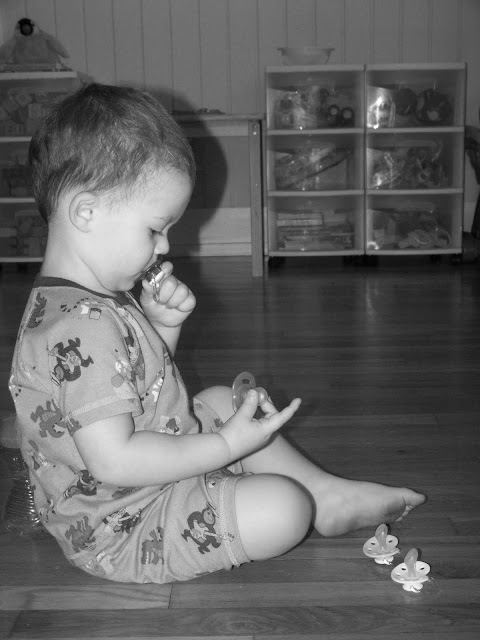 So now that Eli has been here going on four months and Josiah has become pretty well adjusted, it is about time to wean him from the paci for good.  Josiah will be two next month so I figure now is a good time to start.  I don't want him to be three and still walking around with it.  I have to say that I am going to miss Mr. Paci though.  He has been just as much a friend to me as Josiah. Eli, on the other hand, would cry when we tried to put the paci in his mouth.  He preferred to chew on his fingers, that is, until he found his thumb and kept gagging himself.

I felt so bad for our E man.  The poor baby just wanted something to suck on.  So, I decided to make one last attempt at the paci.  And to my surprise, it worked! I was one happy mama!

So now we have two boys with pacies.  This should make weaning Josiah off of his fun.  NOT! He already likes to pull Eli's paci out of his mouth and take off running with it.  I caught him red handed a couple of days ago:

It's a good thing that Eli is such a good trooper!