It's happened to all of us...at some point or another in your lifetime, you have had one of those days where you wish you could push rewind and do it all over again.  It happened to me on Tuesday.  It was a day that I would define as horrible.  But you know, now that I look back on it, the only thing that made it horrible was my response to the little "inconveniences" that took place.  Instead of walking in light and responding to the not so convenient circumstances with grace, I let my flesh control me and my tongue.  And if you have ever came in contact with me on a not-so-good day, then you know that I can be very good at hurting people with my tongue. Just ask my husband.  This is something that the Lord is working to refine in me everyday.

It all started while taking the boys out for our morning walk in Mr. Bob.  Now Mr. Bob is a wonderful stroller. I love him.  But for the last few weeks, Mr. Bob's tires have not wanted to stay inflated...not even with fix-a-flat or that green goo stuff.  Now mind you, Mr. Bob was a very expensive stroller and was built for "all terrains".  I have called the company three different times about our little tire problem and was told to replace the innertubes.  So Tuesday morning, Jordan made a special trip to Walmart before having to leave for work just to buy the innertubes so that I could take the boys out for our walk.  Imagine my frustration when I found myself several blocks from the house with a flat tire after just having the tube replaced.  I was so mad that I called and left the company the meanest voicemail you can imagine. And after they failed to return my phone call (I can't imagine why), I called them again and chewed the poor guy out....thus began the start of my bad day.

Later that day, Jordan had to make a trip to Wichita Falls to run some church errands.  I decided to take the boys and go with him.  Now ever since we moved to Vernon about a year ago, I have wanted to visit the big water fall in Wichita and take family pictures there.  So we decided that this was a good opportunity.  However,  once we got to the park, we realized that you can't just drive up the water fall...you actually have to walk quite a good ways.  Which wouldn't have been that big of a deal if the tires weren't flat! Once again, I found myself getting frustrated.

So, we settled on just taking pictures in the park area since it had a pretty stream and greenery. But Josiah, being the curious, little explorer that he is, had no desire to sit still to take a family picture.  Nope, all he wanted to do was run back and forth across the bridge and try to stick his feet in the water...and pester the ducks withs sticks.  This was probably when I should have just tossed the picture idea and took a seat on the bench to enjoy watching him be a little boy.  I didn't.  I can be so stubborn.  So after about 30 minutes of fighting with Josiah to look at the camera and stop crying and resetting the timer about 50 times, I still wasn't pleased with the results.  I found myself getting angry about the fact that I was having to use a point-and-shoot instead of a camera that I could manually adjust the lighting and all that jazz....mad that I had dropped and broke my good camera  a couple of months ago...mad that we couldn't afford to buy the camera that I wanted...frustrated at Jordan because he looked drunk in the one picture that I actually liked.  Have you ever heard the term "hot mess"? I still don't know exactly what the word means but I'm pretty sure it could have described me at that point!

So we decided to leave.  I started looking at the pictures in the car and I couldn't hold back the tears.  Not because the pictures were horrible, but because of how childish I had been...I had acted worse than my two year old.  I had single-handedly turned what was suppose to have been a fun outing into a nightmare.  I apologized to Jordan and he just looked at me and said, "I still love you." All I could do was wonder how that was even possible.  And then it hit me....Grace.  Wonderful. Beautiful....Grace. It's the same reason that my spotless, blameless Jesus still loves me and forgives me when I act according to my flesh.  Grace. Mercy. And I am so unworthy, as we all are. 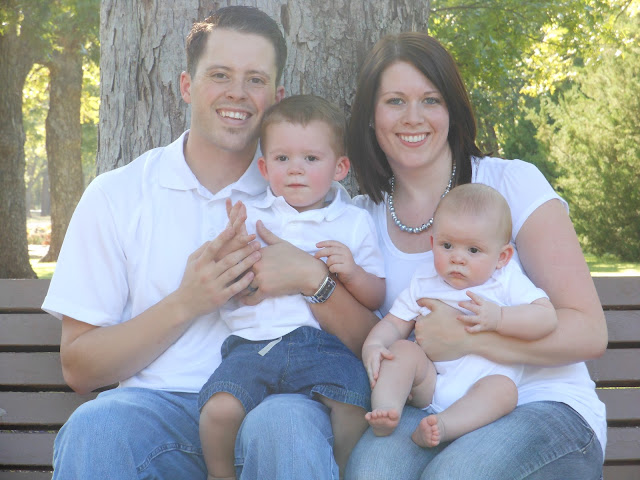 I am so thankful for my husband who bestows grace upon me everyday...and our boys who still love mommy when she is having an "extra grace required" kinda day.  They truly are my earthly rocks! 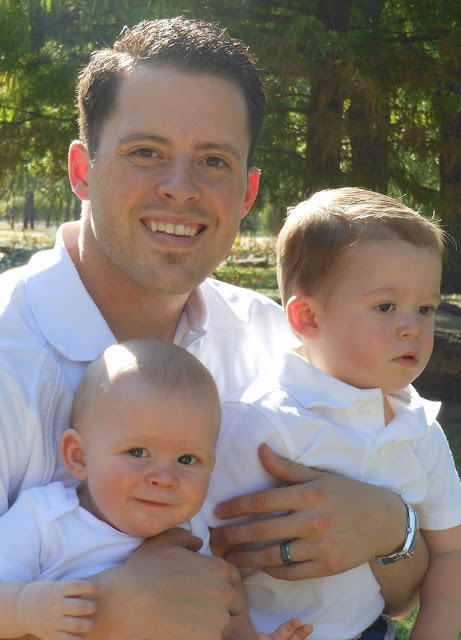 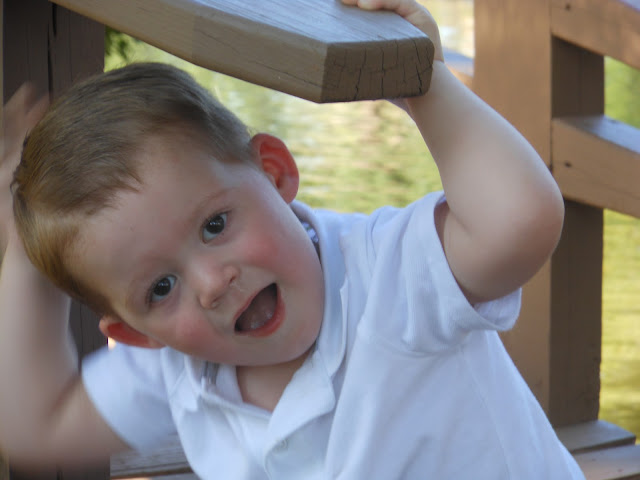 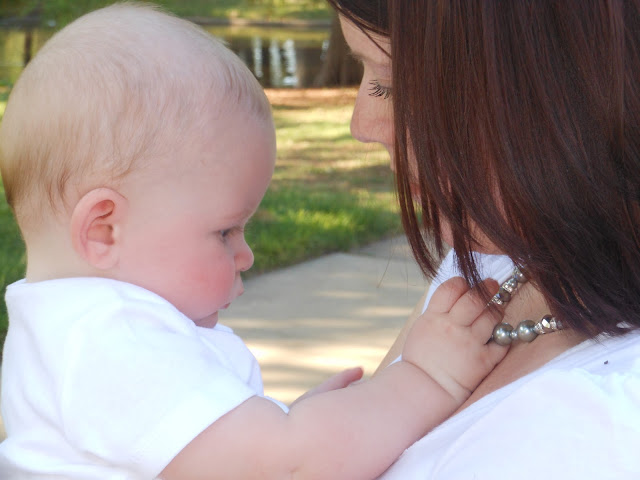