Our Eli (knuckles) turned 7 months on Sunday.  Yes, I realize that I am a few days late on this post but I have a good excuse.  About two weeks ago, Eli's army crawl evolved into a full-fledge crawl.  He is everywhere! And not only is he crawling, he is also pulling up on everything. EVERYTHING! This was not suppose do happen this fast.  I am amazed at just how much having an older sibling has advanced him. It's monkey-see-monkey-do around here now.  Eli wants to be right where Josiah is and doing what Josiah is doing and playing with the toy that Josiah is playing with. Mommy is a little overwhelmed. But I must add that Josiah has started to embrace the big brother role a little more than he was.  I witnessed Josiah putting his pacifier in Eli's mouth just the other day...melted my heart! He has even started snuggling more...and it's not the rough snuggle or the "kiss Eli then hit him on the head to prove that he's still tough" snuggle...it's actually a sweet snuggle. But don't get me wrong, he still has his "moments".

Here are some more milestones that Eli has reached this month:

1. His first two bottom teeth broke through
2. He started saying "mamamamamama'' and "bubbababubba"
3. He is doing much much better with baby food now
4. He weighs 21 pounds! yes, you read that right!
5. He is in a size 4 diaper
6. And now that he is very mobile, don't even think about putting him in the exersaucer! 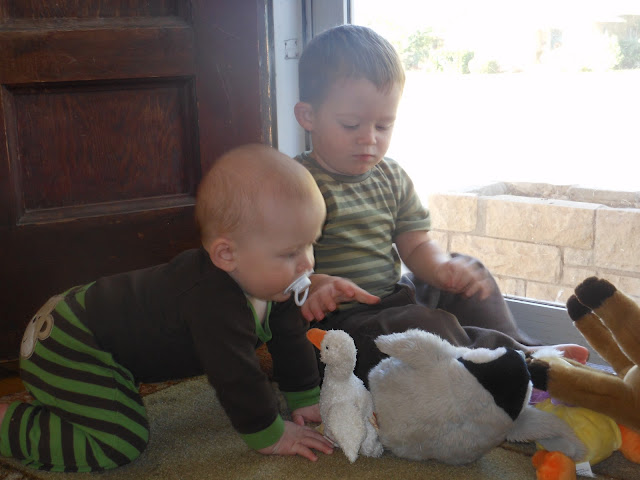 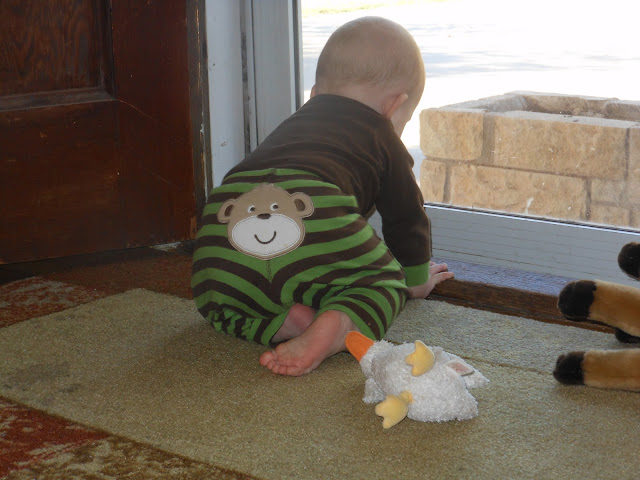 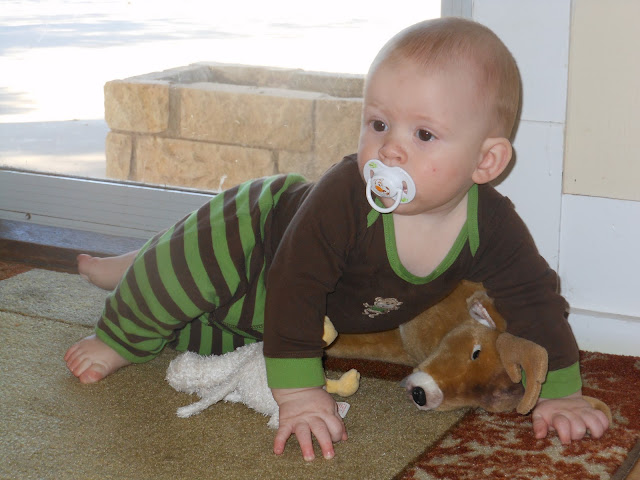 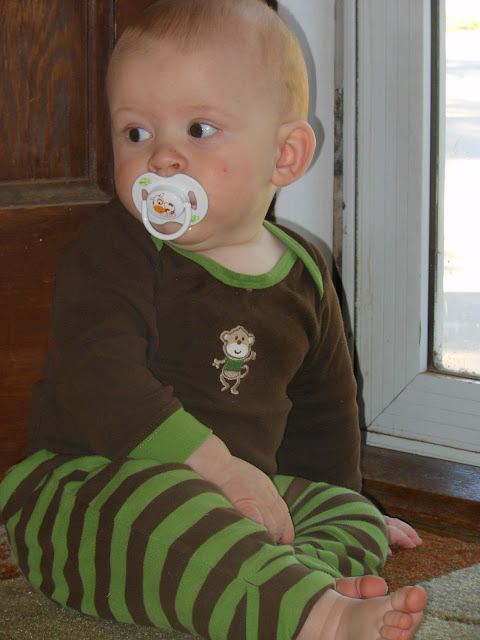 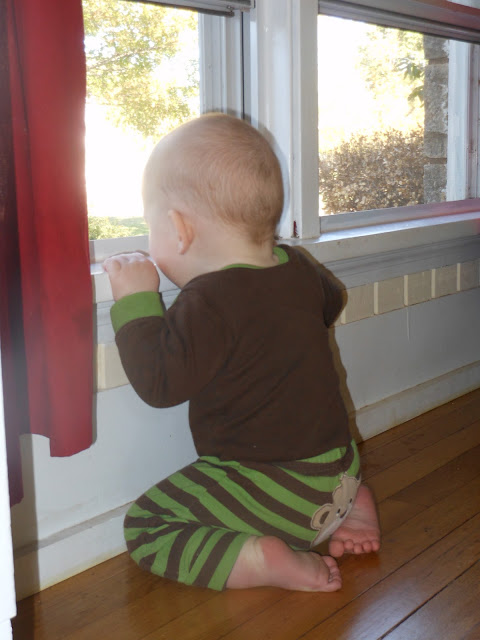 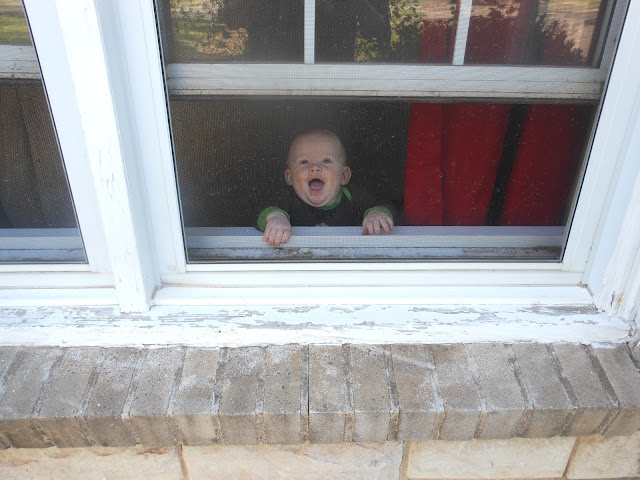