So I got really excited and maybe even a little carried away when our temperature reached into the upper 70s last Thursday, Friday and Saturday.  I realized yesterday that packing up most of the boys winter clothes probably wasn't the best idea when we stepped outside for church into the chilly air...the chilly air that reached into the 50s but no more...the chilly air that is suppose to hang around until we reach the 60s later in the week.  Y'all may think that temperatures in the 50s aren't that bad, but when you factor this "rip you to the bone" Oklahoma wind into the mix, it feels 20 degrees colder.  Seriously.  This native East-Texas is not cut out for this kind of winter. I really kinda miss those mild winters (even the extreme humidity) where we would have days that reached into the 70s or more in the middle of January sometimes.  But I'm not complaining.  I guess it's a fair exchange considering the Oklahoma summer isn't near as bad as the East Texas Summer.  I mean it still gets just as hot here temperature wise, but we don't have the humidity that makes those E-Tex summers so miserable.

So I guess all that was just an introduction before I bombard you with the loads of pictures that I took of us enjoying our warm weather.  And mind you, I had a lot to make up for considering that I haven't taken very many pictures since Christmas.  I'll blame that on the cabin fever, all-day morning sickness and bronchitis.


Thursday: I took the boys to one of the many parks we have here in Lawton.  This one was a first and I think we'll be going back! They really enjoyed looking at the water and chasing the ducks.  Of course, I got quite a workout in trying to keep them out of the water.... 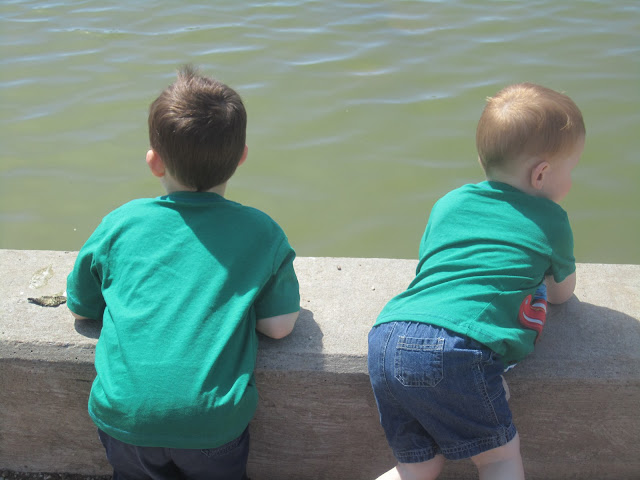 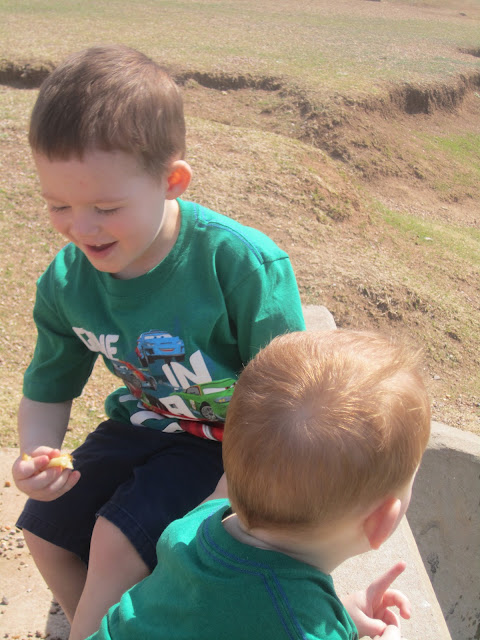 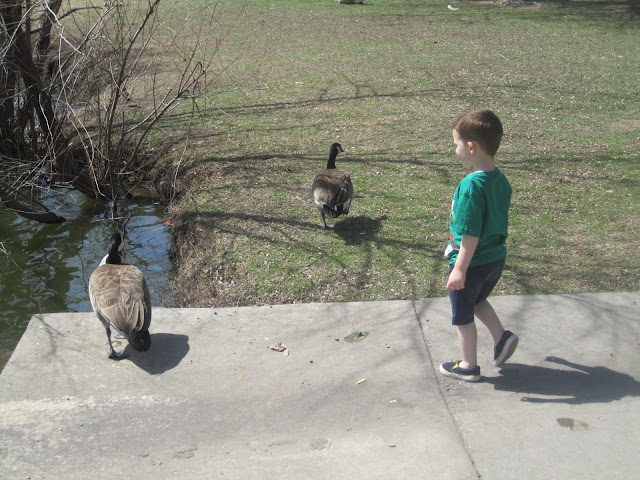 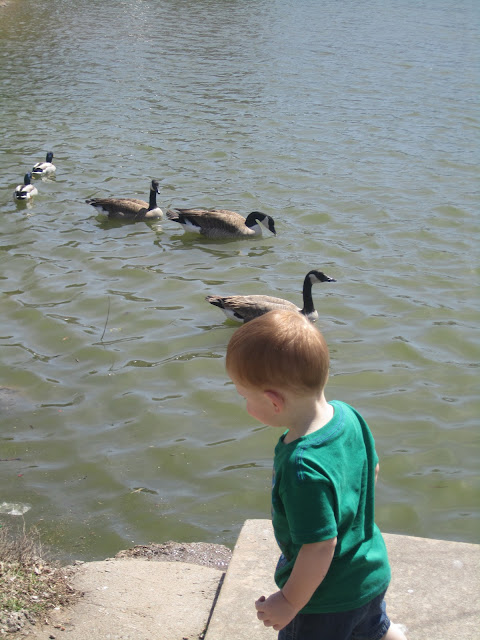 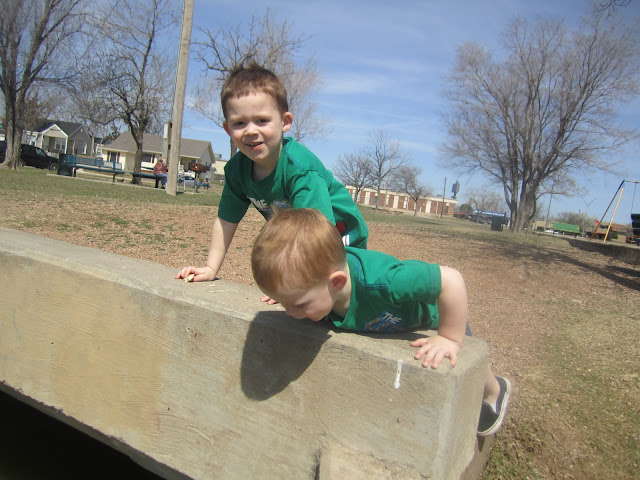 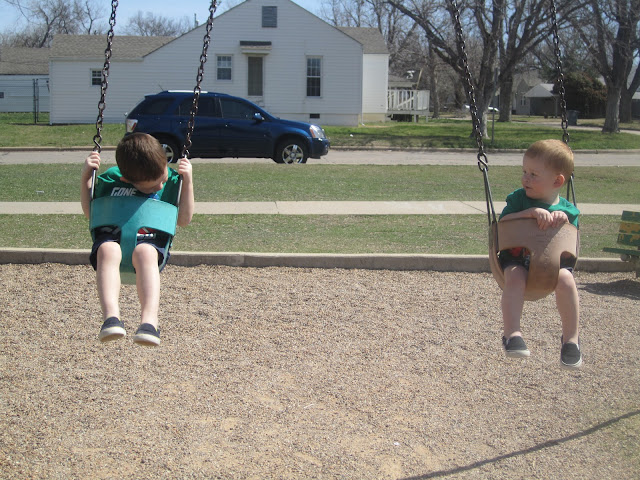 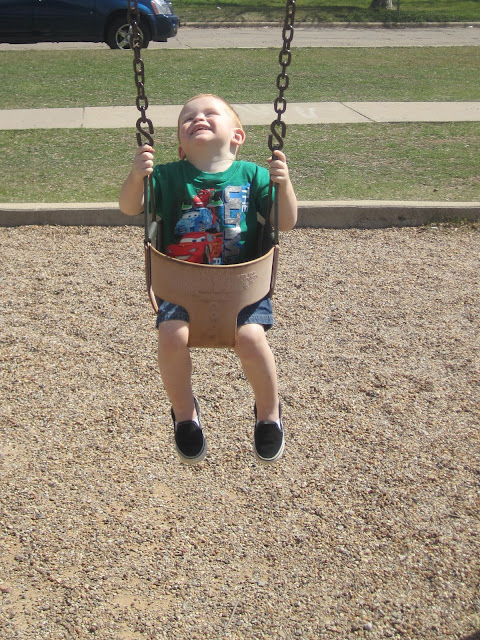 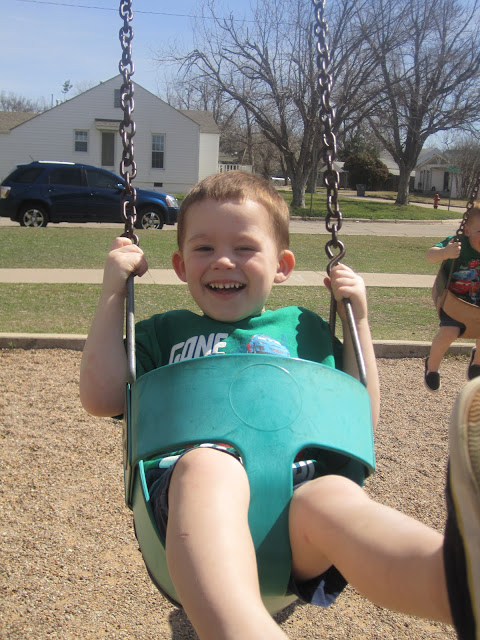 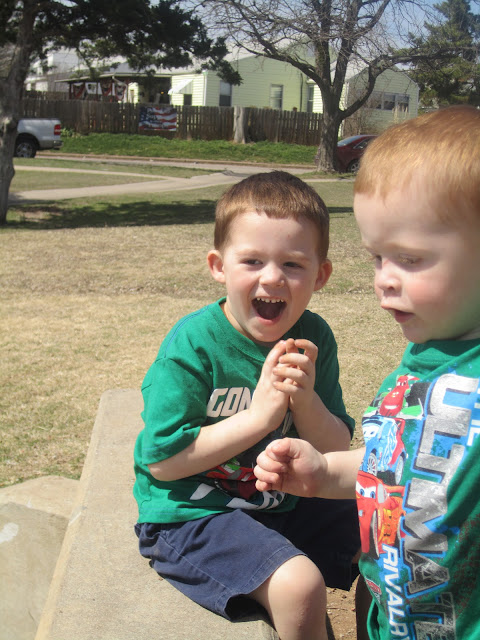 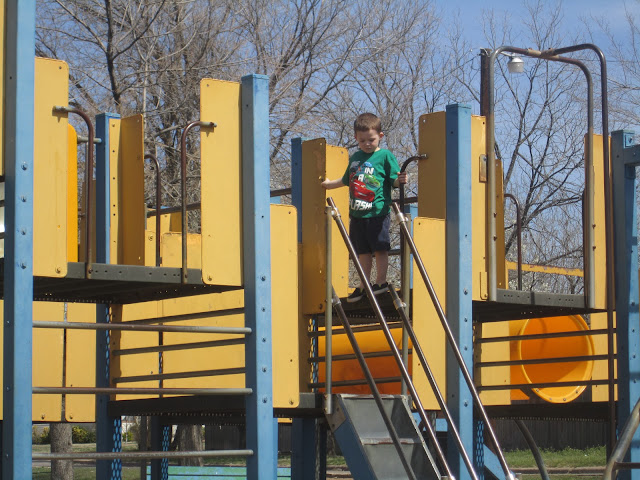 Friday: Friday morning I had to go get some blood drawn.  I took Josiah with me and afterward we had a date.  We ate at Chic-fil-a in the mall and then I took him to see Escape from Planet Earth.  I was very impressed with my big boy.  He sat there the whole time paying attention and about 15 minutes before the movie was over, he decided that he was ready to go. So we left and played in the mall's play area for awhile.  I really enjoyed my date with my little man! 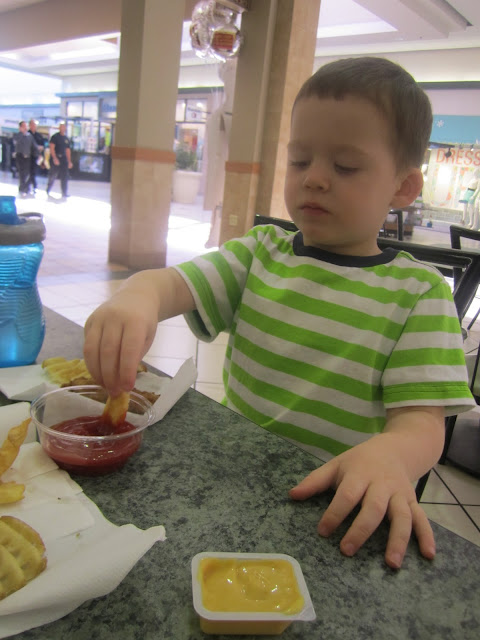 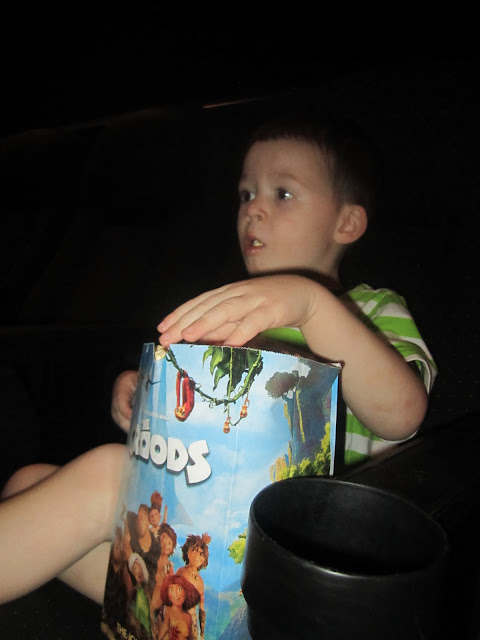 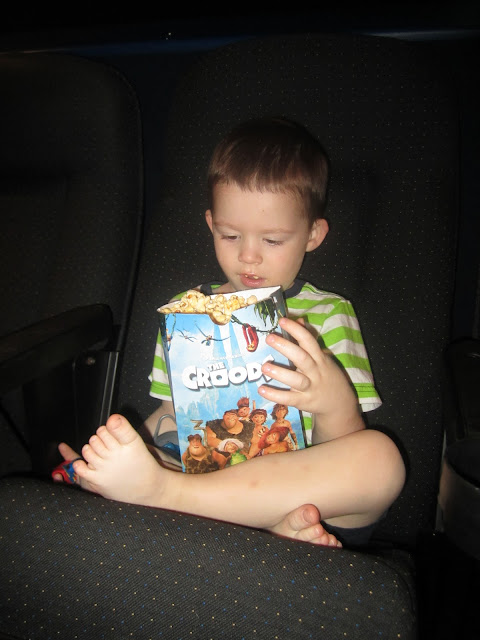 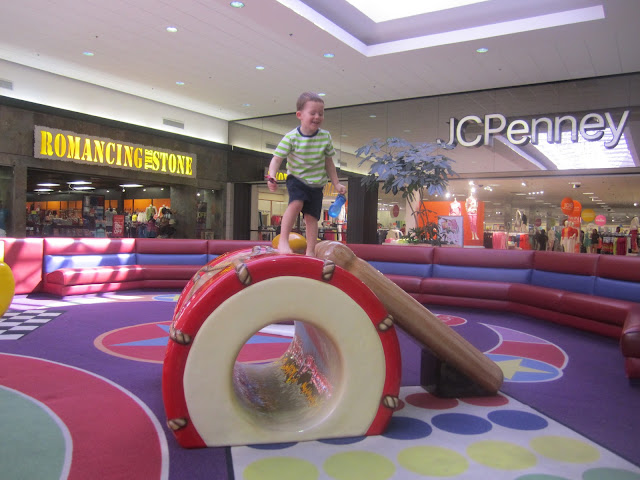 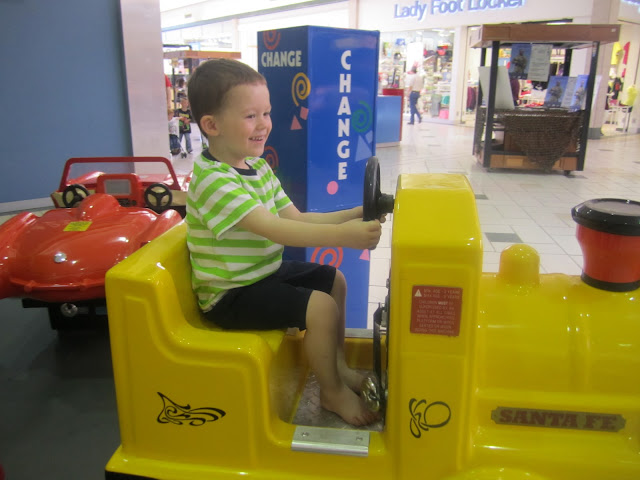 While Josiah and I were on our date, Jordan and Eli were on a little excursion of their own. Jordan took Eli to Pumpkin Center to eat.  Eli even took the waitress her tip and got a sucker in return! (If you're wondering how Eli's face got beat up, it was the swing's fault. He was pulling a "superman" and flipped over head first) 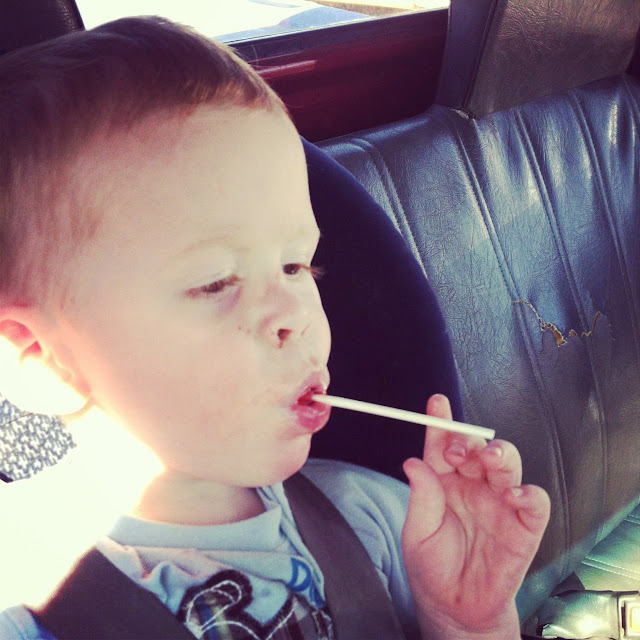 We spent the rest of our day on Friday playing in the backyard and finished it off with a steak dinner from our grill. 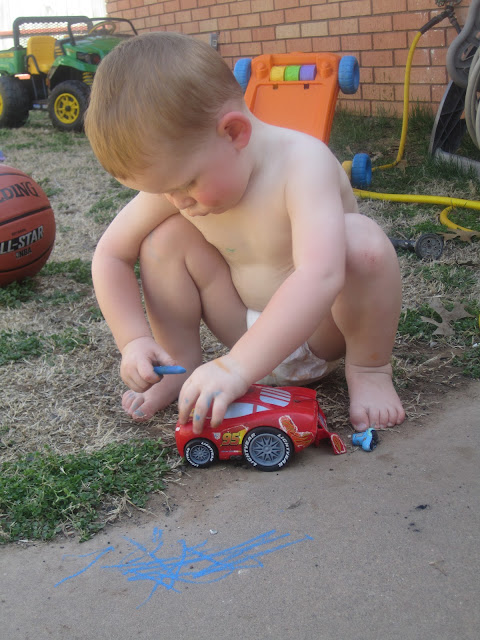 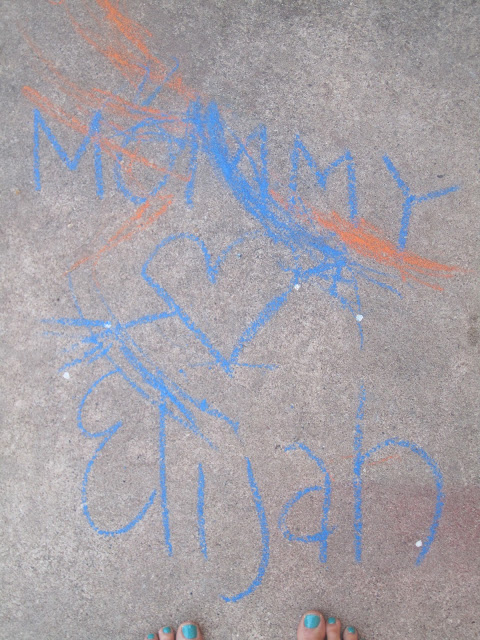 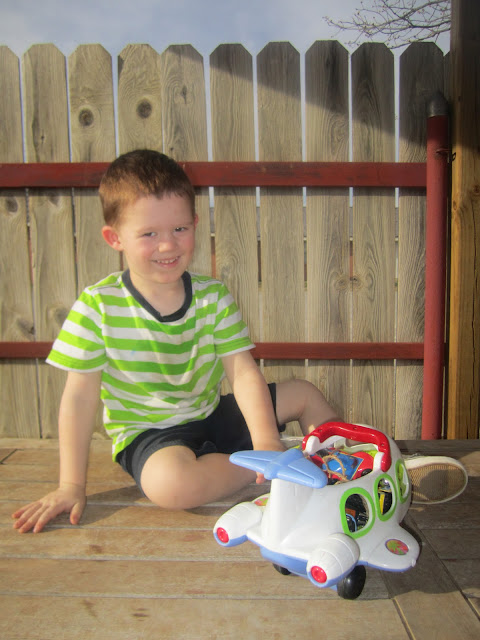 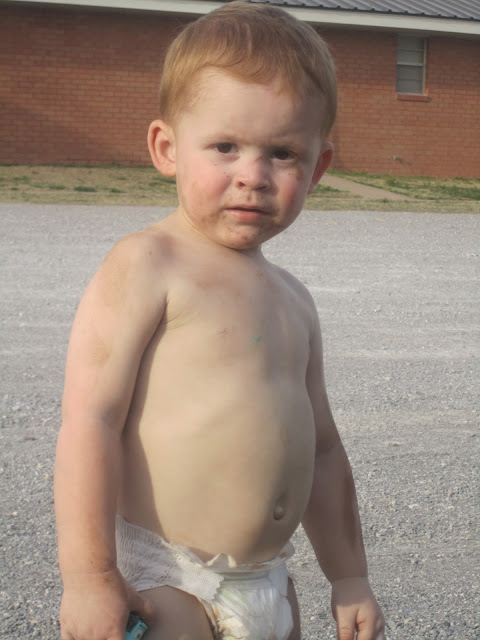 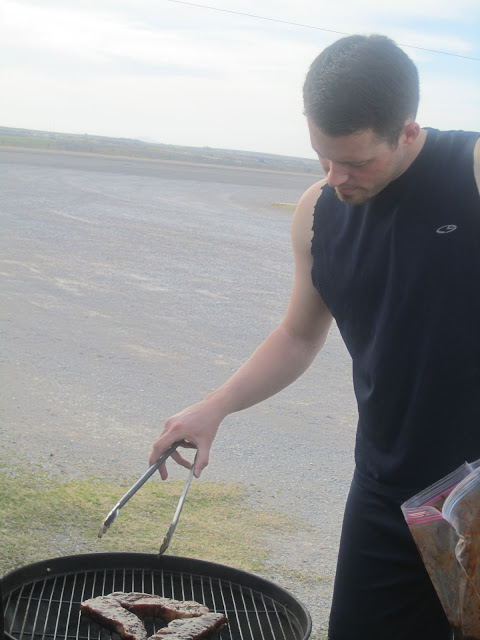 Saturday: Jordan helped "Uncle Rob" clear some fences at their soon-to-be new home.  When they got done, they picked Eli up and went for supplies to work on the pergola that we started building in our backyard last summer.  While they were gone, Josiah and I played behind the church.  I really enjoyed our one-on-one time together...He even almost fell asleep while swinging with me on the horse swing.  I'm trying to soak these moments up...I can't believe he'll be four in August! 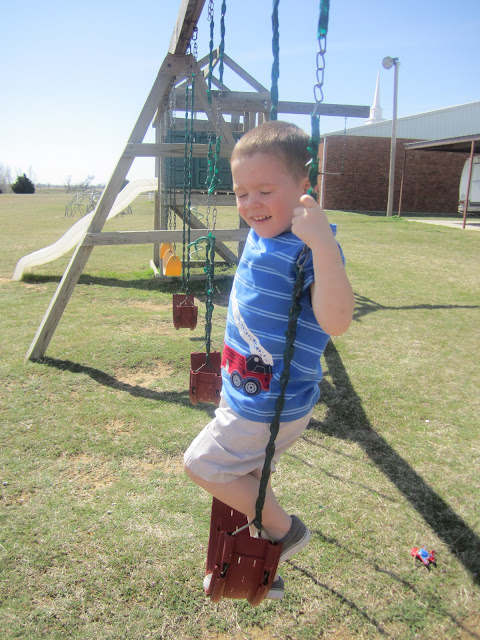 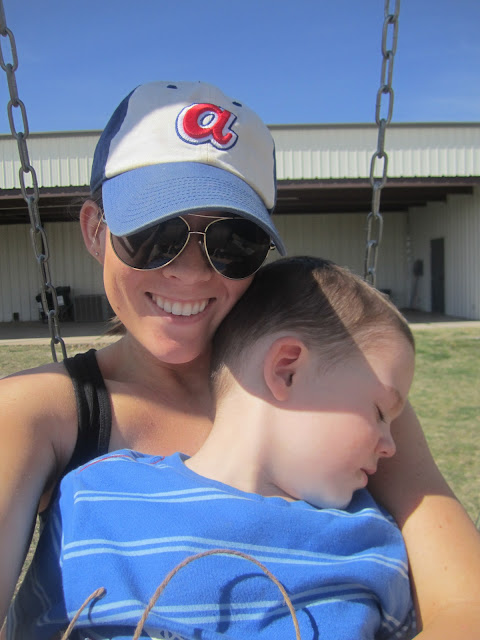 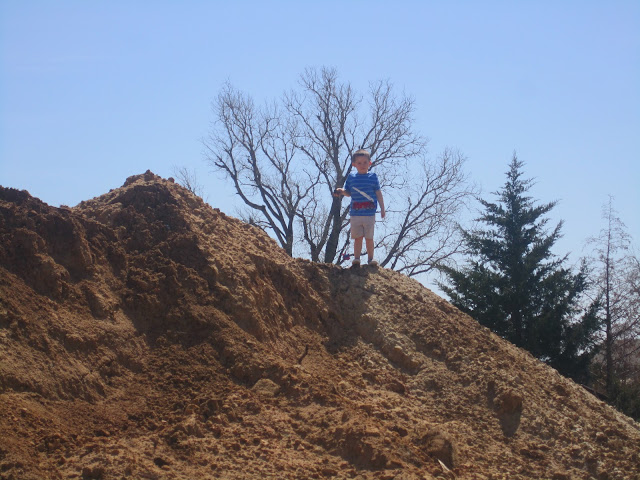 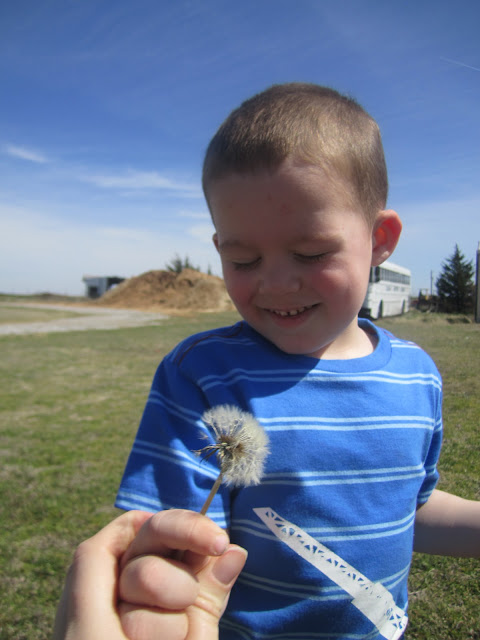 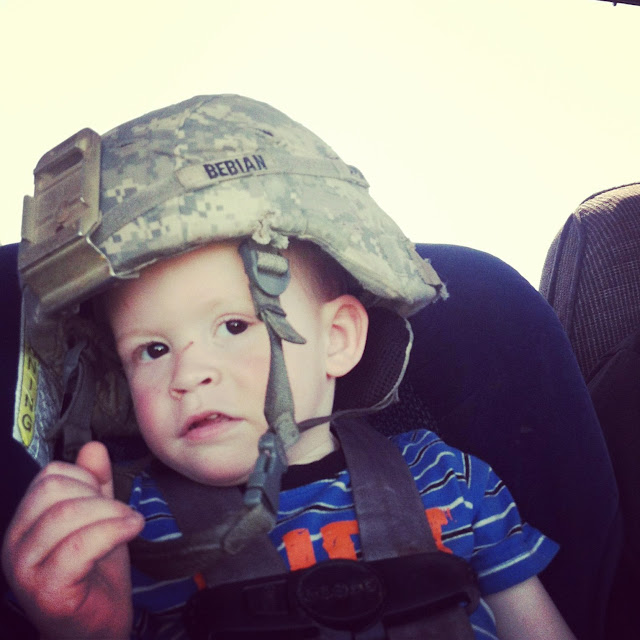 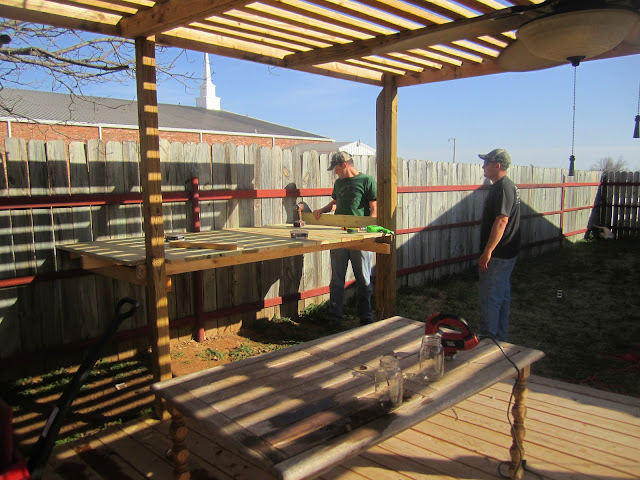 After the guys finished the table installment on the pergola, we put it to good use with good food and good company! 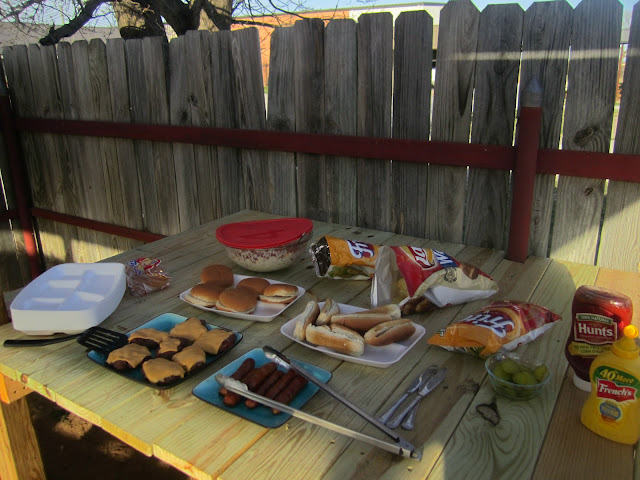 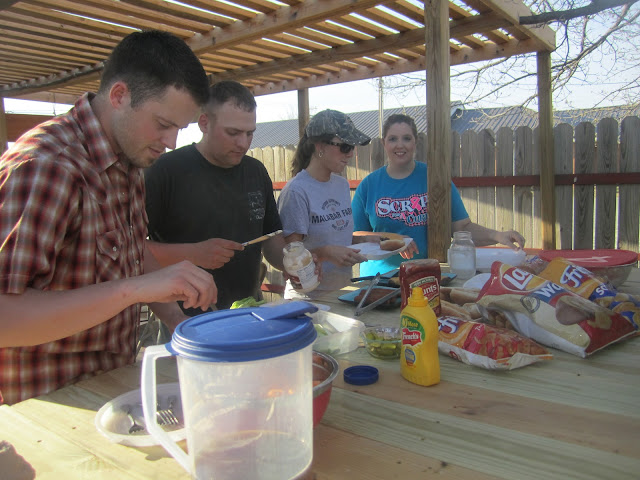 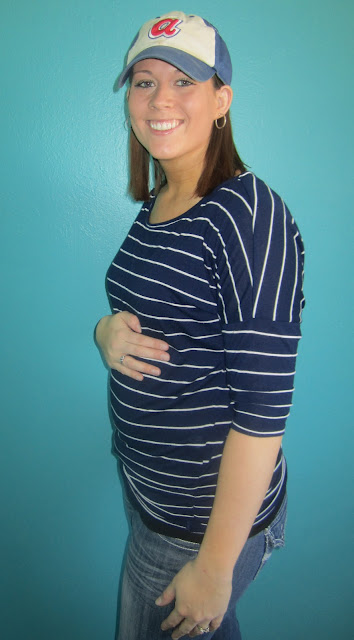