It's no secret that I enjoy celebrating my birthday. But one thing that I enjoy more than that is celebrating my husband's and children's birthdays. Seriously, it brings me so much joy to dote on them and make them feel special on their day. And this year I wanted to really go above and beyond for Jordan's birthday because he also graduated with his Masters of Arts in Theological Studies from Mid-Western Baptist Theological Seminary. So we pretty much celebrated for three days straight. Wednesday was his actual birthday so I had a nice breakfast cooked for him before he woke up: 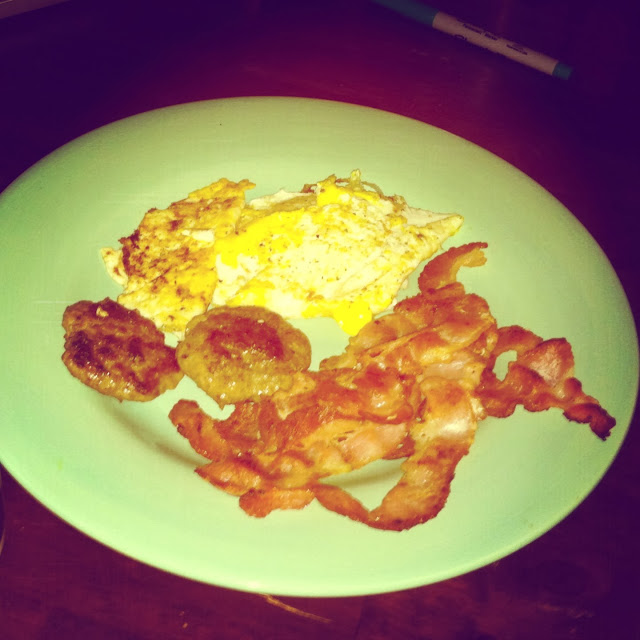 The kiddos (mainly Eli) made him a card: 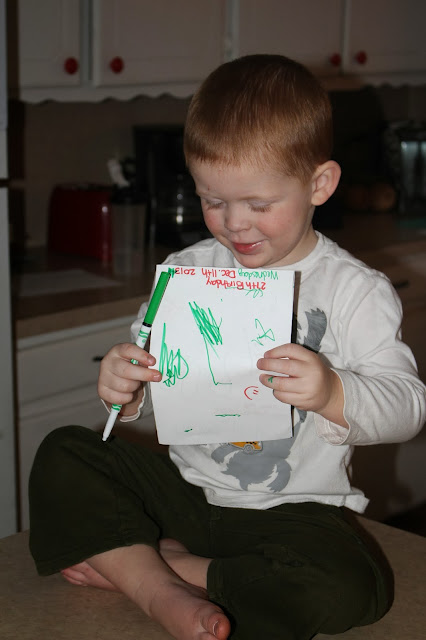 And I baked him a lemon cake at his request (this was an act of pure love because I am not crazy about lemon baked goods!) 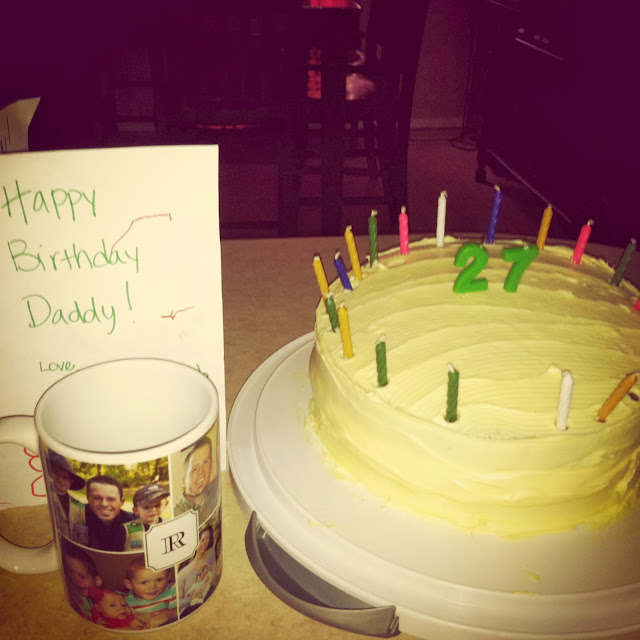 Josiah showed his love by showering daddy with kisses: 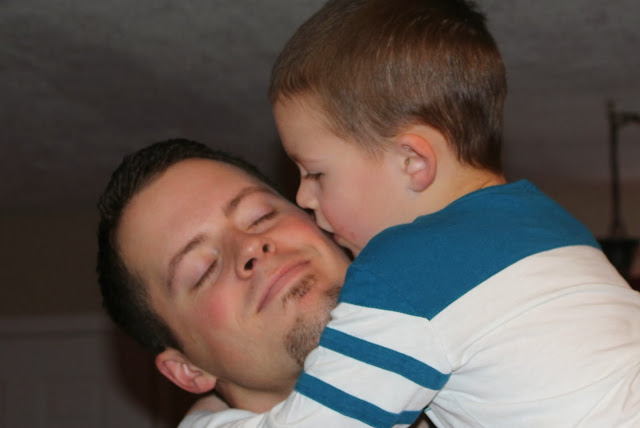 I ordered all of Jordan's gifts online this year, but because of the wintry weather we've been having, the only one that arrived on time was the coffee mug I had personalized for him: 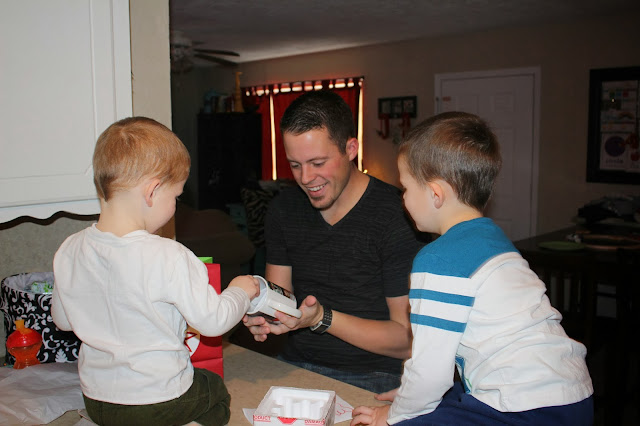 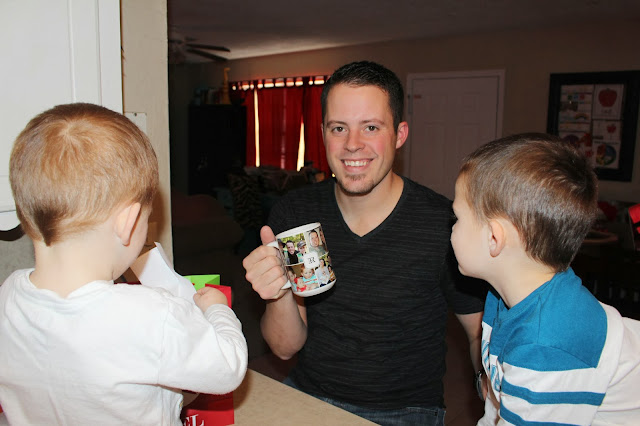 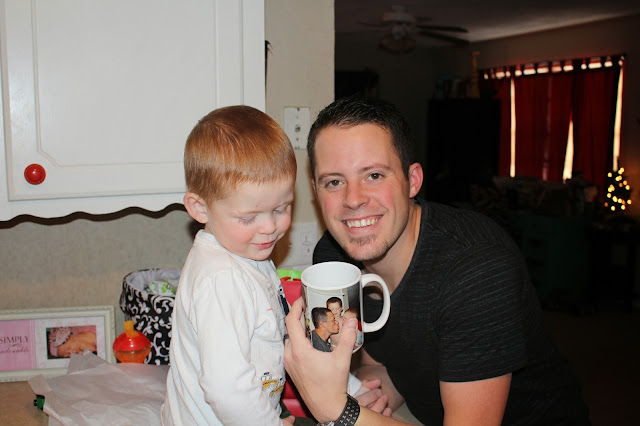 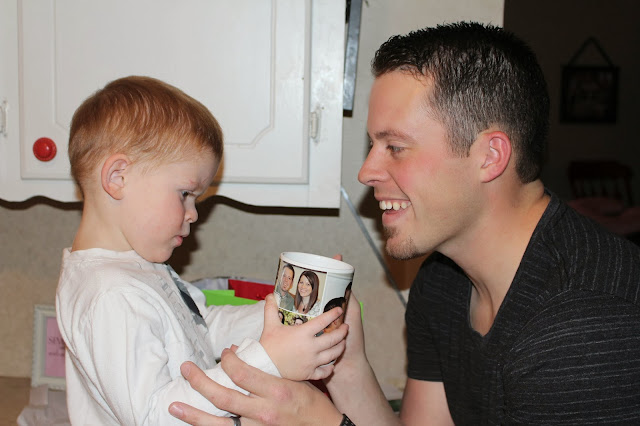 Some lovely people also sent him some books: 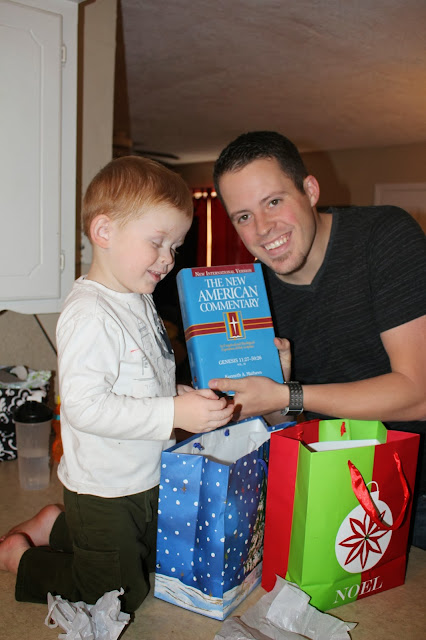 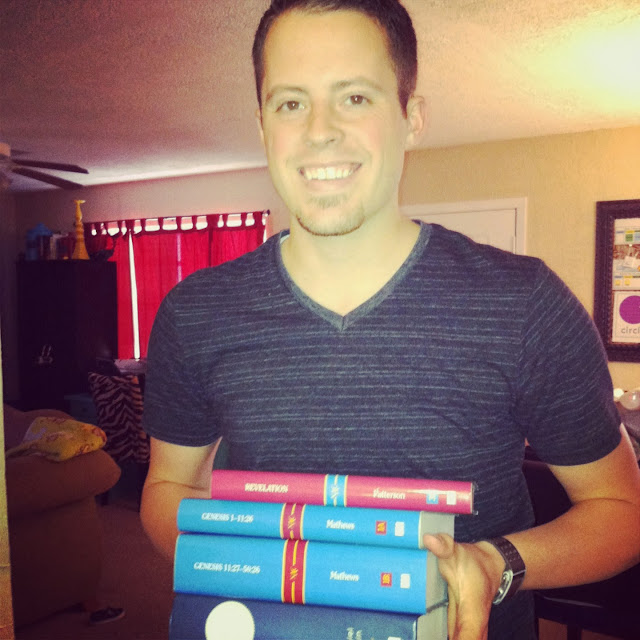 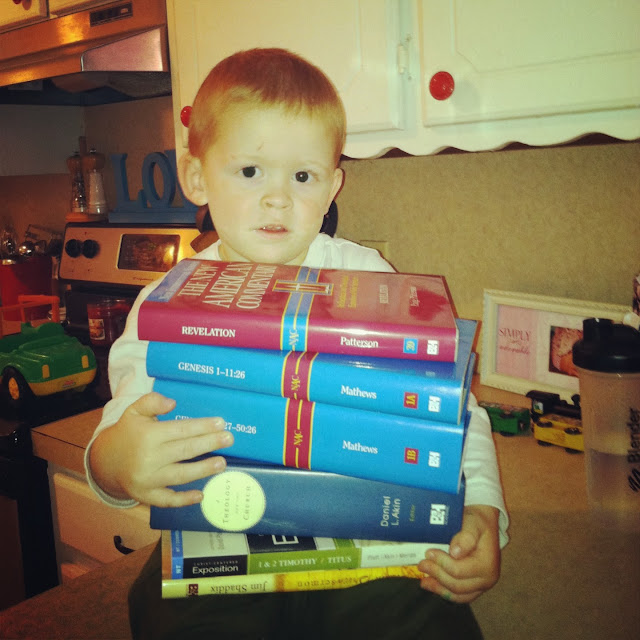 For lunch, we ate at Red Lobster: 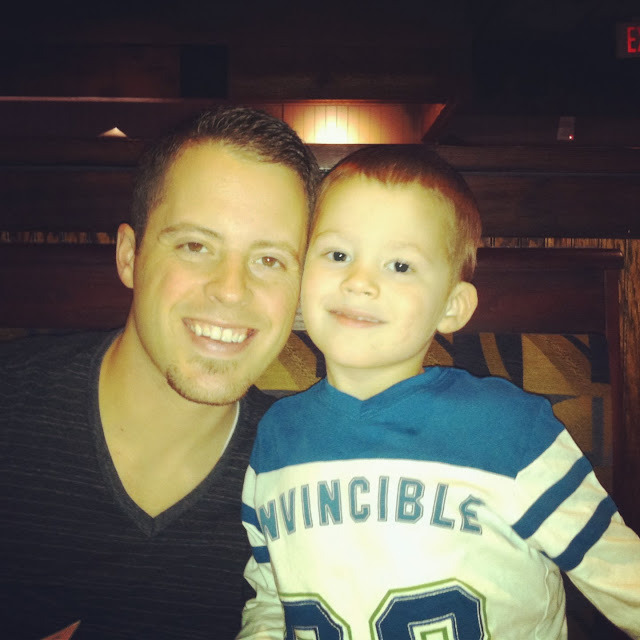 I snapped this picture with my phone really fast like before church...I love it! 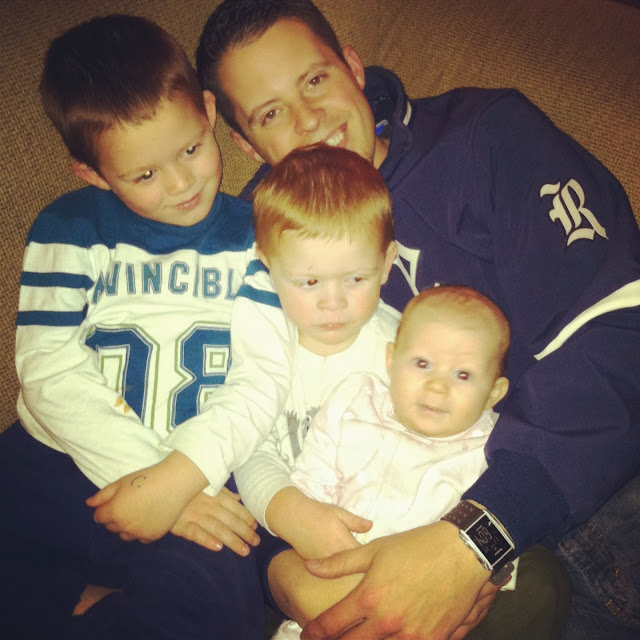 And after church it was cake time! 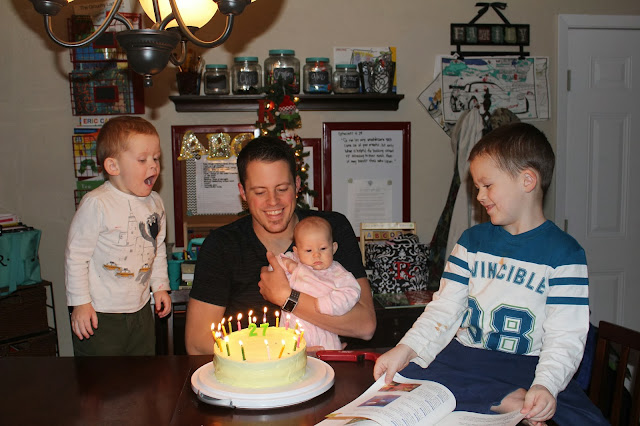 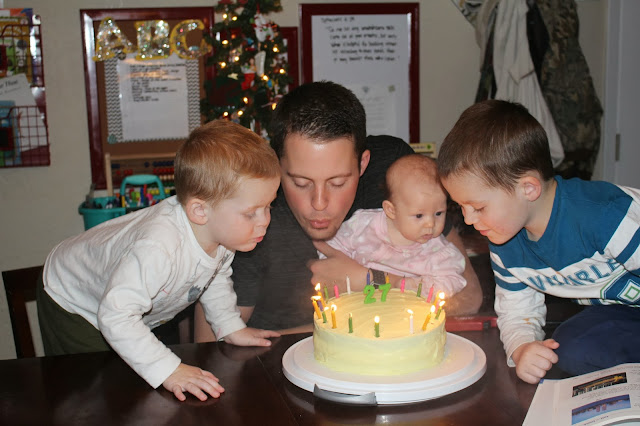 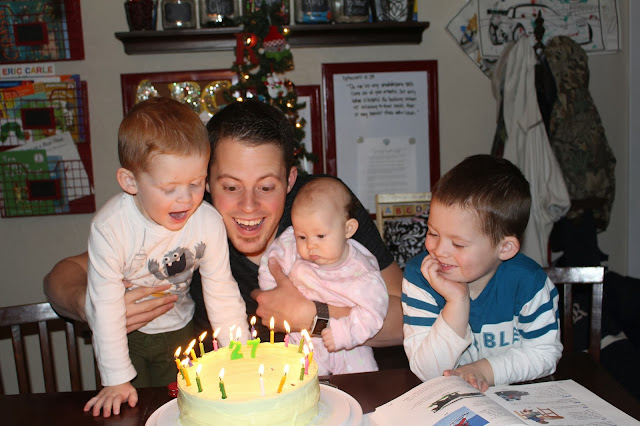 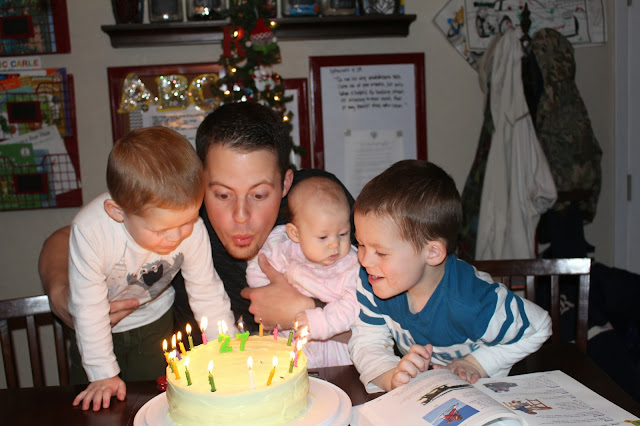 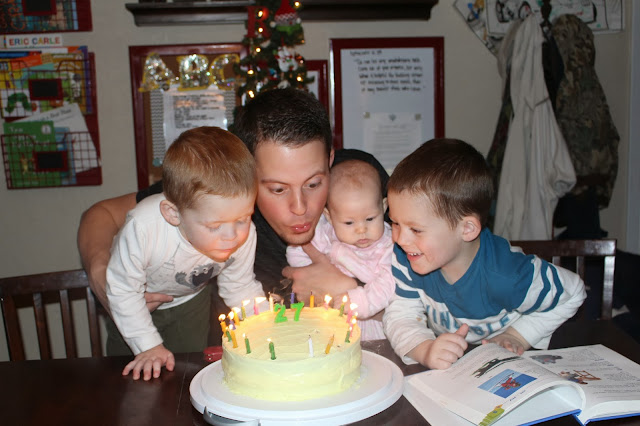 While we were finishing up with the cake (it was like 9 pm), UPS startled us half to death by hollering at our window that they had dropped a package off.   I was just happy that more of his presents had come! 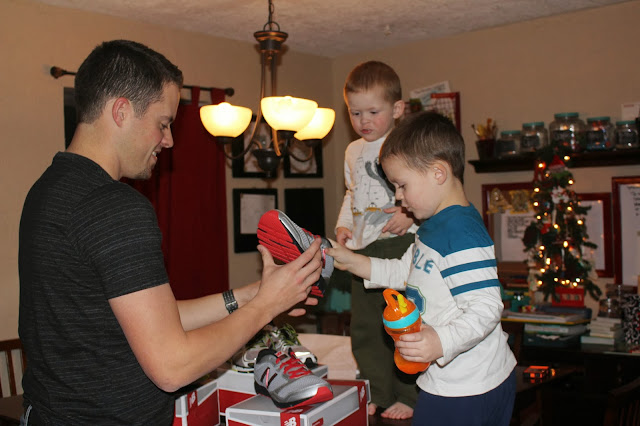 New Balance had some amazing Black Friday deals going on and my husband LOVES shoes.  So I got him three pair! He was pretty happy about it... 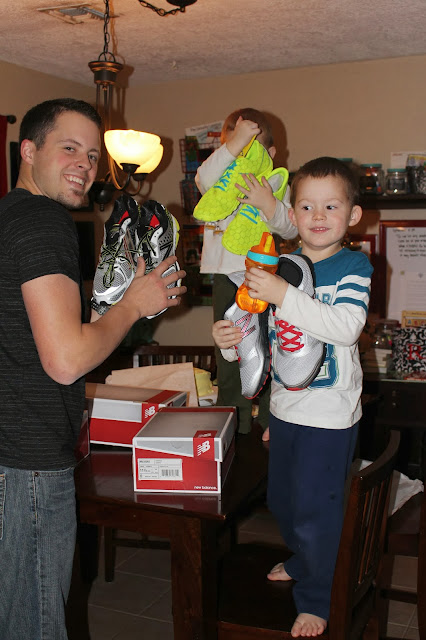 The boys were too: 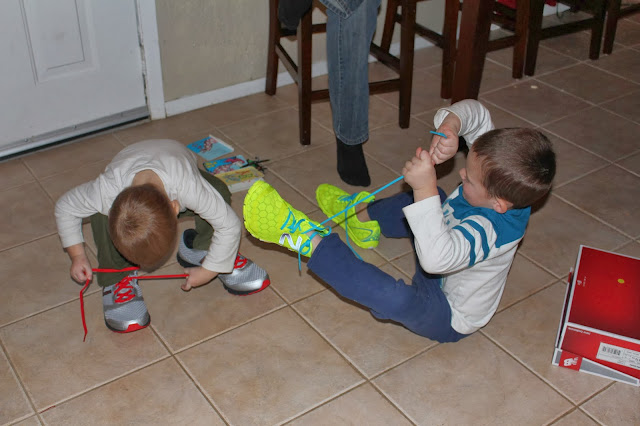 And on Thursday, his final present came! He loved it! 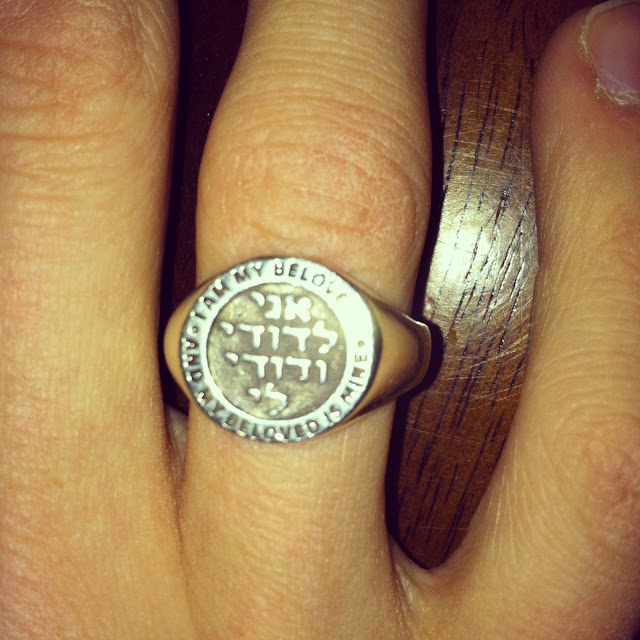 And on Friday night, I took him to see the new hobbit movie...we had a blast: 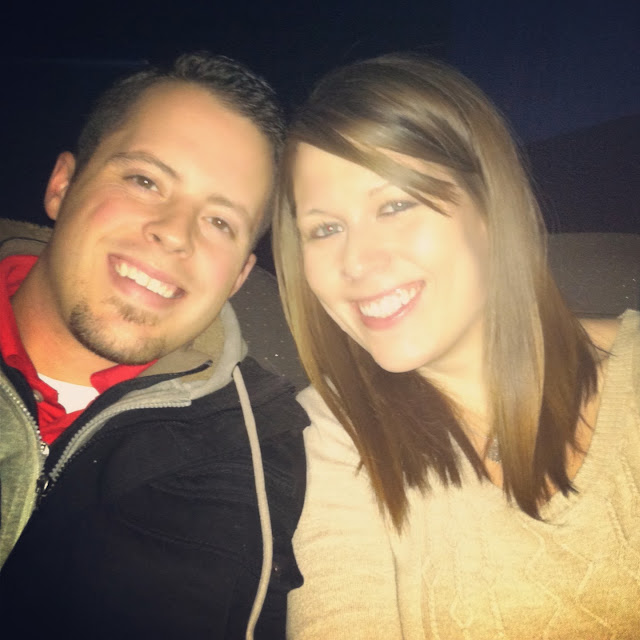 I spent all day Thursday and Friday pumping enough milk for Addy to practice with and to be able to leave her and the boys with Kelly, Payton and Aubree. Up until Thursday, she had never had a bottle.  It was also my first time leaving her but she did wonderful.  Kelly said that she never even cried! Momma didn't either.  Surprise Surprise! 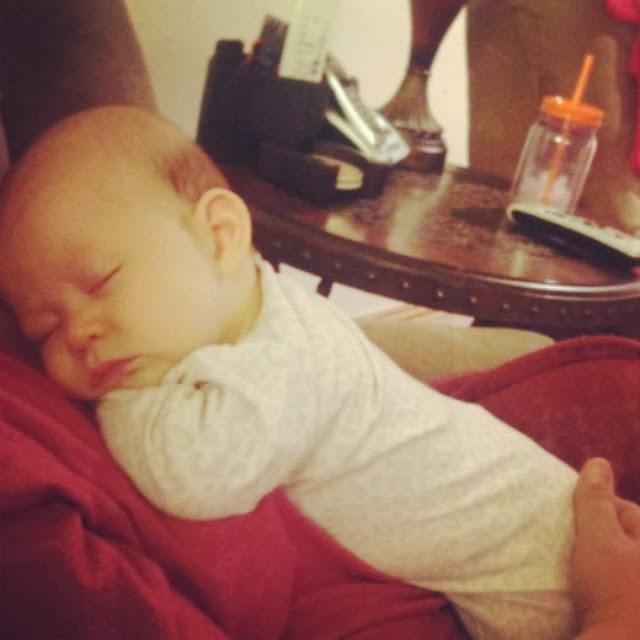